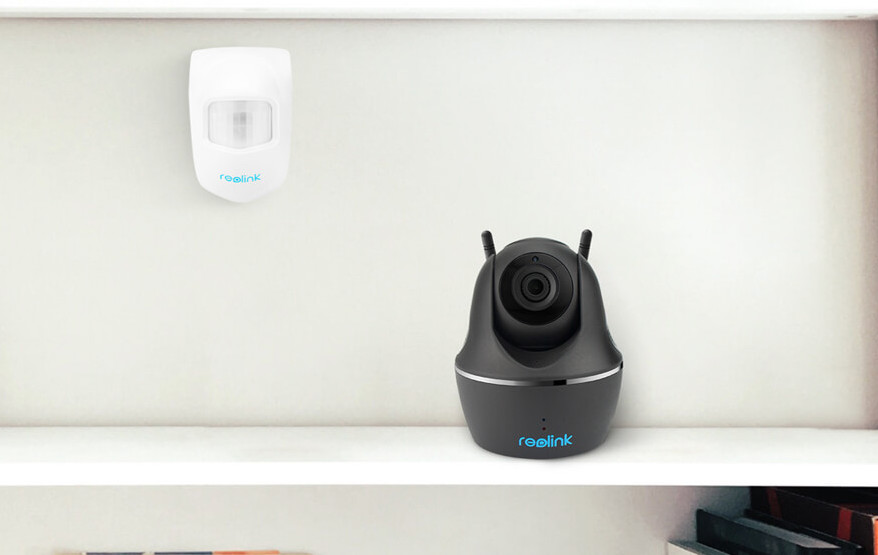 I use many of Reolink’s security camera products to capture footage of both my home along with our horse stables; nearly all are POE devices. I recently picked up one of their Keen Home Security models and wanted to post a review for those interested in this type of camera. I would be happy to discuss my deployment of their products with those wanting more details. I have the Reolink 16-channel NVR, two of their internal cameras (C2/Keen) along with 14 of their 410B fixed bullet cameras.

Keen Camera Review
The Reolink Keen is a completely new and exciting wireless security camera receiving its power completely from four (4) provided lithium batteries allowing the device to be placed nearly anywhere. The vendor states the camera can continuously operate upwards of 180 days on a single set of batteries, something that is not capable using other cameras like it. I have been using the unit for over two weeks and my battery shows 98% fully charged while still placed in a high-traffic location. It should be noted that Reolink thought ahead and provides the user with a dedicated DC 5v power connection (micro-USB) for those who do not mind wires and the camera can be placed near a power source for unlimited power. For those who currently own other Reolink products, the same high quality standard of manufacturing applies to this camera. If you own either a Reolink model C1 or C2, the Keen appears to have been manufactured from the same general plastic mold with a few slight changes for the SD slot and battery compartment. The body of the camera is made of high quality plastic giving the unit a rigid and sturdy feeling. The camera only comes in black, it would be nice to have an option of white. However, it easily blends into the environment and does not look out of place sitting on a table or bookshelf.

Alerting is a bit different from other Reolink products which integrate motion sensors into the cameras itself, the Keen instead accomplishes alerting via the provided PIR (Passive InfraRed) sensor; which itself runs on a single battery. The use of a separate PIR allows for some unique placement and recording situations not possible with their other cameras. For example, one could place the PIR sensor where the camera will begin recording immediately when someone or something enters a room. The camera itself does not need to be looking in the direction of the motion to alert, because the PRI is the trigger source. The provided PIR sensor allows the user select from one of three different sensitivity levels; low, medium, and high. This is easily selectable by setting a pair of dipswitches on the back of the unit and helps reduce false positives for owners of pets, etc. The PRI can be placed upwards of 30 feet from the camera and still trigger an alert and recording event. One other unique feature of the Keen is that one can arm or disarm the PRI sensor which enables the many alerting options. When the PIR sensor is triggered, the camera can speak an audible warning that comes from the camera’s speaker which both speaks and sounds a siren. A push notification can also be enabled sending an alert to the client application. An email alert can be generated including a picture of what the camera sees when the alert was triggered. Lastly, the camera can begin recording the event to the provided SD card. Any or all of these options can be enabled simply within the Reolink client.

Video (at the time of this review) is only able to be recorded to either the SD card located in the back of the device or if the user has the application open and manually starts a recording. I can only assume Reolink will eventually permit the keen to record to its various NVR (Network Video Recorder) solutions when an alert event occurs, I know battery life is important so the unit, unlike others, does not continuously recored unless there is an event. The video quality is the same optics found in its other C1 model. The camera is able to record in full High Definition (HD) video using either day or night vision. The camera provides infrared LEDs to generate enough light for recording even in complete darkness. Like with the C1, this camera does not have the ability to zoom, but like both the C1 and C2, the camera does have the ability to pan and tilt.

One simply connects to the camera using the Reolink mobile application on iOS/Android. All camera Control (Pan and Tilt) is done over your existing home wireless system (5G supported) making the device uniquely distinct and able to support a 100% wireless deployment. Device setup has been simplified with the keen. Once the user powers the device on by inserting batteries, the camera speaks the necessary steps walking the user thought the setup process along with quick initialization using QR codes on the client which the camera reads.

What I would have liked:
• Zoom would have been nice to have with the provided pan and tilt
• Camera body shape limits the degree of downward viewing
• Dedicated power port located inside battery compartment
• Ability to record to existing Network Video Recorders (NVRs)
• Wireless antennas can get in the way of the image when rotating